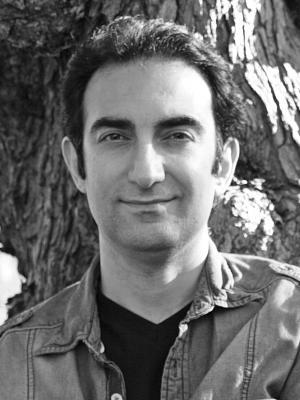 Dr. Osqueezadeh is a musician/scholar whose areas of expertise cover multiple capacities ranging from professional performance to composition to ethnomusicology. His compositions range from chamber and orchestral music to electronic and computer generated works. He is recently focused on multi-cultural music, with a particular emphasis on cross-cultural composition methods between Iranian music and Western-European classical music.
Extensively work on the “Iran’s Urban Musical Intonation”, he introduced the Homogeneity Index to compare two or more musical scale, research interests include: music and revolution, systematic musicology, revival, world music theory, Intonation and cognition, issues in composition using non-western idioms, and multi-cultural composition. Some articles include: "Emoting culturally: States of emotion in culture-specific musical performances" (Music and the Brain Symposium, Stanford Institute for Creativity and the Arts), "Art and Artistry in the Post-revolutionary Music Scene of Iran" (British Forum for Ethnomusicology conference, Cardiff UK), "Modernization of Tradition: an analytical study on Berio’s Sequenza no.7 for oboe solo" (Part of doctoral portfolio), "Fashionable Music" (SEM national conference, Columbus, OH), "Unknown Intervals or Unknown Identity" (SEM national conference in Hawaii), "Qajar Period, A Turning Point in the Evolution of Iranian Music" (4th Annual IQSA Conference in Santa Barbara, CA). Music Editor of Mey?r Magazine (Tehran 1997-1998).
Co-founder and director of the D?rvak Institute of Music in Iran, co-founder of the D?rvak Ensemble, co-chair of SIGMICA (Special Interest Group for Iran and Central Asia), faculty at the S?reh university. A multi-instrumentalist, he plays many Persian and Western instruments; and as a soloist, composer, and conductor, Bahram has appeared on many radio and television programs in Iran, Europe and the United States. His discography and concert performances as a santur player and/or composer also covers a wide range from film music, solo performance, performing in his own compositions and others.
A native of Iran, Osqueezadeh ranked second out of over 1000 participants in music at the first Nation-wide University Entrance Examination after the 1979 revolution in Iran.
He moved to the United States and received his Masters in composition and Technology from University of California, Irvine and Ph.D. in Composition from UCSB. During his graduate studies, he was a recipient of several awards, including the First prize in the Sherril C. Corwin-Metropolitan Theatres Composition Awards, UC regent’s dissertation Award, Recognition from California State Legislature, and declared Master Musician by Alliance for California Traditional Art.